TREESPEAR
Think-tank for Resources, Energy, and the Environment:
Science and Policy-related Economic Analysis and Research 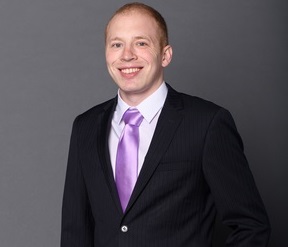 Louis is an outstanding student and an exceptionally productive researcher in natural resource economics, agricultural economics, and environmental economics. Louis already has 7 peer-reviewed publications, numerous outreach and other publications, and multiple working papers; and has received several prestigious awards and honors for his research.

For his Ph.D. research, Louis is tackling an important issue: that of sustainable groundwater management. Water is one of our world's most essential natural resources, but it is also a resource that is becoming increasingly scarce. The sustainable management of groundwater resources for use is a critical issue in California, and a critical issue worldwide. Louis is analyzing multiple dimensions of this critical issue using sophisticated and frontier theoretical and empirical methods in natural resource economics, optimal control theory, dynamic programming, game theory, contract theory, structural econometrics, spatial econometrics, hydrology, agronomy, and legal and institutional analysis.

The sustainable management of common pool resources has posed a challenge to natural resource management throughout history and around the world. Groundwater is a critical natural resource whose management is often considered a classic example of a common pool resource problem; in addition, its partially nonrenewable nature further confounds sustainable management. In his dissertation research, Louis is conducting spatial dynamic analyses of groundwater resource extraction in California, where groundwater resources have operated under a de-facto open access environment for much of the state's history. He considers groundwater management from a number of perspectives, including profit maximizing farmers and recreational businesses; municipal water districts with mixed objectives; and regional regulators or water managers. He examines how the institutional arrangements that commonly govern groundwater in California interact with the economic drivers of groundwater usage as well as the hydrology and climate of California to produce socially inefficient groundwater extraction. He explains the factors that lead to the development of these particular institutions, by examining who these institutions have benefited in practice, and how they can be refined to better serve society as a whole.

In one paper, Louis analyzes groundwater extraction decisions under an open access regime by estimating a structural econometric model of the dynamic game among agricultural, recreational, and municipal groundwater users in the Beaumont Basin in Southern California during a period of open access. He uses his parameter estimates to simulate a counterfactual scenario of continued open access, and compares his open access counterfactual with the actual extraction decisions of players after the institution of quantified property rights. Results show that groundwater provides large but concentrated economic benefits to users in the Beaumont Basin. While imposing property rights on the previously open-access groundwater resource did not deliver significant economic benefits on groundwater users, the joint effect of the property rights system and the introduction of artificial recharge of imported water prevented a significant decline in the basin's stock of groundwater. Furthermore, by preventing a shift in groundwater extraction to wells outside of Beaumont, these policies also had a positive spillover effect on the level of groundwater stocks at neighboring basins. Finally, he finds that municipal water districts tend to value the interests of their customers more than water sale profits.

Louis's peer-reviewed publications also include a paper on Jevons' Paradox and efficient irrigation technology in Sustainability, in its Special Issue of the journal Sustainability on "Sustainable Agriculture: The State of the Great Debates"; a book chapter on water management and economics in The Routledge Handbook of Agricultural Economics; and an outreach publication that has generated much media attention .

Louis has presented his research at several prestigious conferences, including the North American Meetings of the Regional Science Association International (NARSC) in Vancouver; the Canadian Resource and Environmental Economics (CREE) Study Group Annual Conference; a conference celebrating the 25th Anniversary of Douglass North's Nobel Prize in Economics; the Annual Meeting of the Society for Environmental Law and Economics at Notre Dame Law School in Chicago; the Mid-Continent Regional Science Association (MCRSA) 50th Annual Conference; the Northeastern Agricultural and Resource Economics Association (NAREA) Annual Meeting; the Agricultural and Applied Economics Association (AAEA) Annual Meeting; an Association of Environmental and Resource Economists (AERE) session at the Western Economic Association International (WEAI) Annual Conference; and the 67th North American Meetings of the Regional Science Association International (NARSC) Virtual Conference. Louis was also one of the speakers selected by Cornell Undergraduate Research Board (CURB) to present at their lecture on 'In Your Own Backyard: Innovative Perspectives on the Environment', to an audience of Cornell undergraduate students interested in learning about research and his research.